Sally Newcomb is a freelance photographer living in the beautiful countryside of Upleadon, on the Gloucestershire, Herefordshire border. Having grown up on a farm and being very involved in the equestrian industry most photography assignments revolve around horses, agricultural, pets and sport.

Sally is 'in-house' photographer for Badminton Horse Trial's capturing images backstage before and during the event which are used for the Badminton website and social media. Sally is also photographer for Hereford Livestock Market; regularly undertakes assignments for Your Horse magazine and also the Edgbaston Priory Club including during the Classic Women's Tennis Tournament.

"My first memories of photography are of watching my Father developing his photographs in his darkroom. I must have inherited the passion for photography from both him and his father. My Grandfather was a very keen and accomplished photographer. He had a passion for photographing birds and had some of his work published, including a photograph of nesting Redstarts in a bombsite taken immediately after the Second World War. He worked closely with Eric Hoskin. Sadly, much of his work was lost in a fire.

My first camera was a Kodak bought from a chemist shop while on a caravan holiday in the Lake District with my parents and sister. I was 11, but I remember the excitement to this day…..and still have the photographs!

Fortunate to grow up on a farm, I spent my childhood riding and helping on the farm. On leaving school, I set up my own yard training horses at home, competing professionally initially as an event rider but then pure dressage and I qualified as a coach. My camera was never far from my side and in 2010 after a lucky break I was offered the chance to work for Badminton Horse Trials.

I now combine freelance photography with website development and still coach freelance. I built, own and run the Hereford Equestrian website - www.herefordequestrian.co.uk established in 2003." 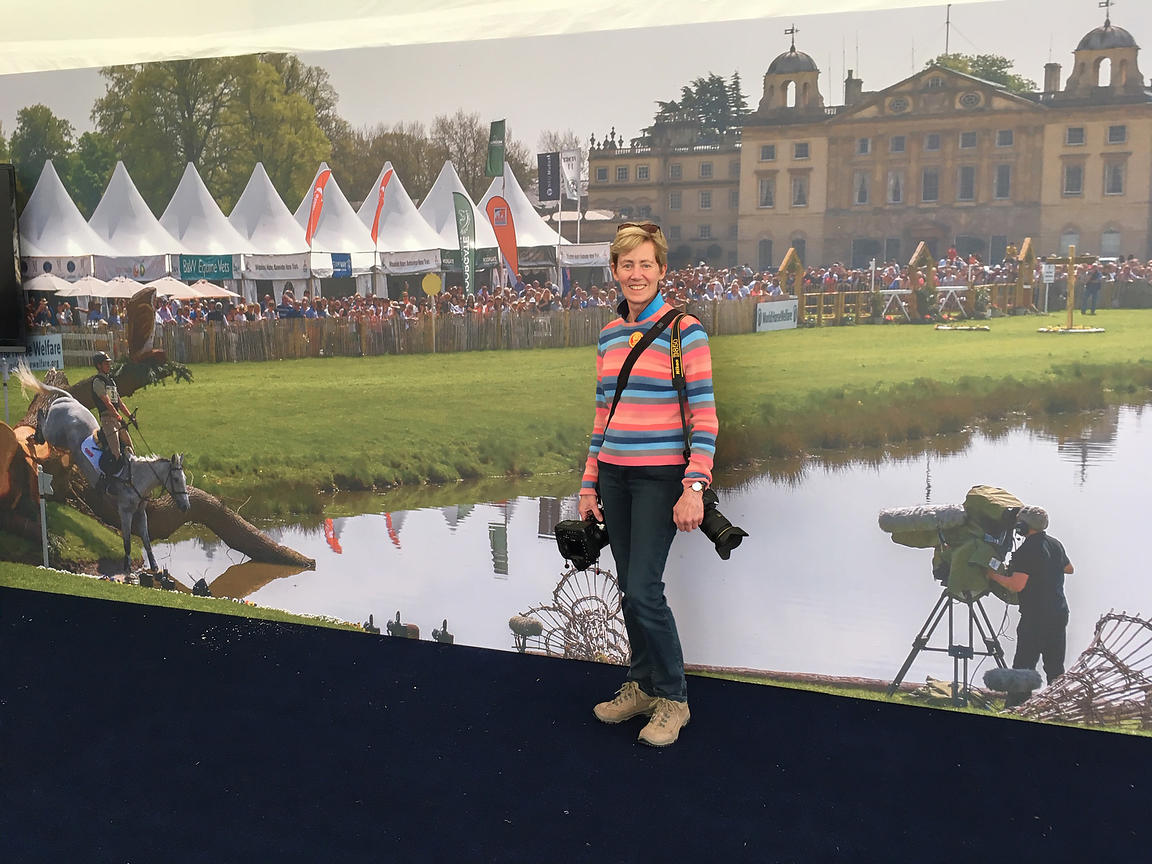